• Bitter Change (Meiru): K left to pursue Tera guild leadership/school/full time job. I do this now. Vol.2 is basically in the bag. Vol.3 is being scanned.

• Black Bullet (Meiru): We never even picked this up. The ending was bad (Kayo dies ;_;). Morinohon went back to 2hu doujins.


• Houkago Play R (None): Delayed until situated. Typesetter quit scanlation. Has been cleaned for months. — We’re close to the end, I’ll probably end up finishing it, just not right now.

• Kyoukai Senjou no Limbo (PuchiTL): Dropped until further notice. — K was the typesetter, as denoted by Bitter Change, K is kill.


• Puchimasu! (PuchiTL): No release in Maoh again this month, maybe next month…

• Tomomote (Meiru): “Hiatus” until tankobon release. — Raw provider/Translator disappeared months ago, there’s a giant gap in chapters, so we’ll wait for tanks. If they even come.

• Watamote (Meiru): Still on hiatus. It returns next week.

• Watamote Anthology (None): Various people, namely /a/, started using the raws to finish this. I don’t know where they are. 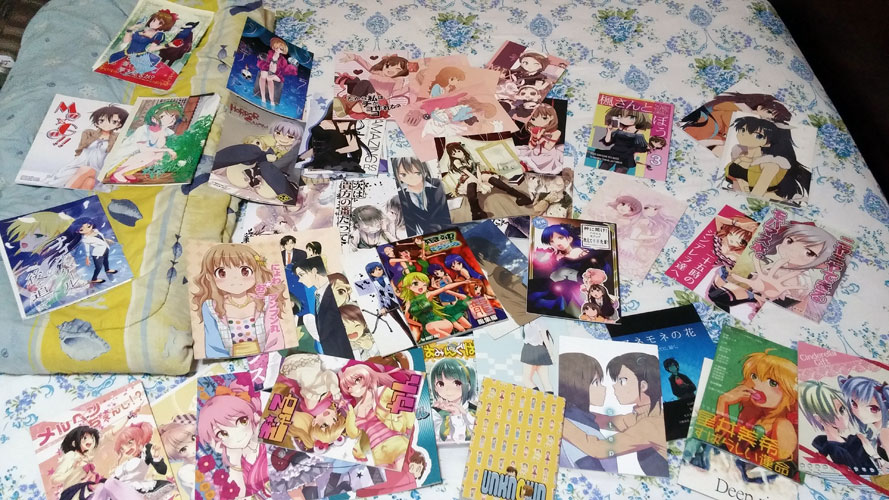 • Shinda Watashi no Monogatari: Not really a project, we said we might continue in the future. If no one still hasn’t touched it by the time everything else is caught up, maybe.