I may or may not add a post image later.

This batch is exactly what it looks like: all releases of Alien to date combined into one, easy-to-carry package. In addition to throwing every page into one folder, there are three very small differences:

Also, my apologies go out to SeventyX7. It was my assumption that people wanting to reupload would be on the lookout for this stuff, so I thought italicizing a note about it at the very end of a not-that-long post was good enough. It seems I was wrong. I’ll be sure to put a note about the next volume batch in very large, bolded letters at the very beginning of the post.

Feel free to post any mirrors of this batch in the comments section. If they’re for sites that don’t suck, I might add ’em to this post!

And with that, we have officially completed volume 1. I’d like to get started right away on volume 2, but I can’t do that since it doesn’t exist in this dimension. For those who were not able to take the hint, that means the series is officially complete. There is no more.

It was fun while it lasted, but the source has dried up. I did see that a special edition of this book is now available, but I think the only new thing it features is a redesigned dust cover. Content-wise, it appears to be identical. There’s nothing stopping Mr. Miyata from going back later and adding some more, but that doesn’t look like it’ll happen any time soon. He seems pretty committed to his new series. Luckily, so am I. I’ll leave it at that.

Volume batch will be up in right now!

The chase continues! I can also hear the curtains closing. Tune in on Monday for the grand finale!

It’s the final stretch, folks! We only have three parts left, and this is one of them. The end is nigh!

Also, this still needs a translator. Ningen can do it if nobody else wants to, but it’s still up for grabs if anybody is interested. Seriously, how can a series like this not be worth translating?

After a good 7-8 hour marathon through this, it’s finally done. What a hefty chapter it ended up being. dusthillguy’s been working on redraws since yesterday but they proved to be plenty, so I offered to do the last few myself. It was tedious, and I ended up playing a game with my friends, but I got it done. [Here]

Which brings us to the announcements, I guess. So–the “big one”–after two years of beating around the bush and a bunch o’ staff discussions it was decided that we’ll open up donations. There was going to be a page to go along with how/why this became a conclusion, but it ended up being paragraphs with every rewrite so I opted not to do that. It’s just a button on the side. Not some fancy form, not some bar to guilt trip you into putting money to fill it up, just a button, with Mio. You can use it, ignore it, put it on your adblock forever, whatever you want. Any donations will primarily go towards getting raws that we need/use, mostly tanks, but also magazines nowadays too, as well as the occasional server upkeep. You have our gratitude.


The second is just a call for recruitment again. Scorpian is looking for a Translator for his next Miyata Kouji project/joint here, and I’m (still) looking around for a Typesetter for Houkago Play because it warrants a dedicated one. Now that finals are over, hopefully all the other things can start picking up again. Please.


Also obligatory “come visit the irc” comment here. I usually can be found just answering questions in there.

As it turns out, there was nothing at all wrong with my transmission. A hose connected to the crank case just imploded, causing a vacuum leak. Unmetered air was getting into the engine, which is what was causing the bizarro issues I’ve been having in the recent past. $380 later, this is no longer an issue. Yeah, that sucks. But you know, when it comes to vehicle repairs, anything under $700 is generally considered pretty good. Had it actually been a transmission issue, which is what I originally thought it was, I’d be looking at a bill of at least $1k, probably more. So yeah, it could have been a lot worse. I’m just glad to have my truck back. ^_^

As for Alien, the end is in sight! Episode six will be out in the very near future, and that will conclude the series. I have kept my eyes and ears open, but it doesn’t look like there’s any evidence of more to come. The current volume is the only one out there, and I sincerely doubt we’ll ever see a second one. 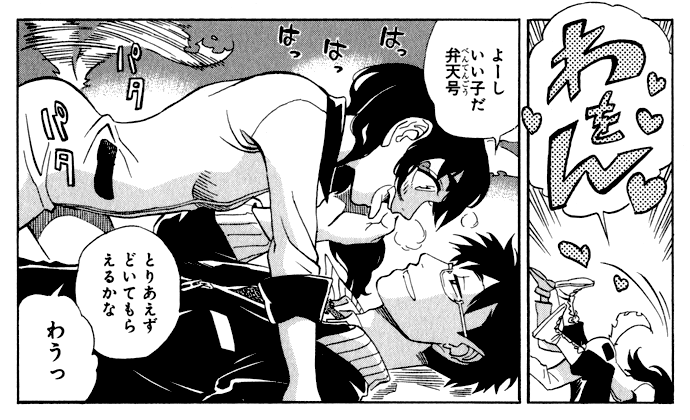 So I was poking around enterbrain’s website yesterday, and looky here at what I found. Apparently, a second volume was released half a month ago, and I didn’t know about it. I wasn’t expecting it. v1 came out in September last year, and considering how long it took him to work through Alien, I wouldn’t have guessed another one would be out this soon. Yikes. Well, my request from the last post still stands. If anyone is willing to help out with it, please let me know.

Oh yeah, and here’s another part of Alien. Or something. I guess. I dunno. 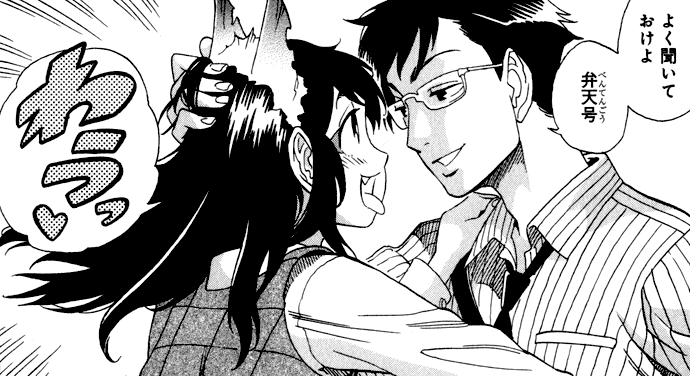 I’m starting to feel like the last person on earth who hasn’t been totally sucked in to Tera. If anyone out there can hear me, please give me a hug. I feel rather lonely right now. :(

Good gravy, it’s way too easy for any motivation I have to just vanish. At least I was able to scrounge up enough of it to rebuild my computer. Over the past month, I bought a new motherboard, CPU, power supply, and dual GPUs. You can see the details on my overclock.net profile if you’re interested. I’m going to work on overclocking the GPUs for now. I’ll get back to trying to obtain the magical 5.0GHz clock on the CPU once the new thermal paste I ordered gets here.